Amphitrite is the goddess of the sea, wife of Poseidon, and eldest of the fifty Nereides. She is the female personification of the ocean: the mother of fish, seals and dolphins. Poseidon chose Amphitrite from among her sisters as the Nereids performed a dance on the isle of Naxos. Refusing his offer of marriage, she fled to Atlas. The dolphin-god Delphin eventually tracked her down and persuaded her to return to wed the sea-king. She also bred sea monsters, and her great waves crashed against the rocks, putting sailors at risk.

This picture has turned up twice as the wallpaper when I start my computer. It's called "Beautiful ocean surfing wave at sunset beach, Havelock Island, India"; and I finally found it on the web! It's partly the luscious curve of the wave, but also the extraordinary colours. 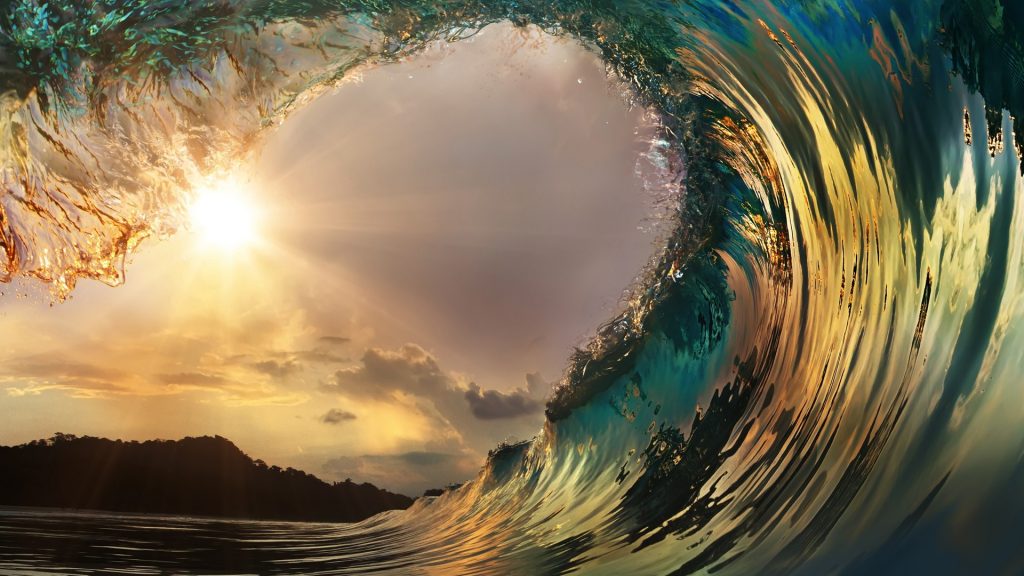 This entry was originally posted at https://greerwatson.dreamwidth.org/121423.html. Please comment there using OpenID.
Collapse